Photo compilations are everywhere on the internet  —  but what follows is particularly interesting  —  and even a bit heartwarming.  Enjoy. . .

And of course  —  don’t forget to check out “Oldies w/ the Old Guy”  Tuesday morning at 8:00 am Pacific (11:00 am Eastern) for another special show that emphasizes
the “great” music of “101theONE” in Vermont  —  the radio station at which I worked weekends this past Summer.  Some really GREAT songs that I guarantee you are going to enjoy.  Check it out at
www.titanradio.org  or the “ifullerton” app on your smart phone.

These are sooooo cute!!!

After nearly 40 years of marriage, Charlie and his wife were lying in bed . .  Suddenly the wife felt Charlie begin to massage her in ways he hadn’t done in quite some time . .

It almost tickled as his fingers started at her neck,   and
then began moving down past the small of her back . . . He then caressed her shoulders and neck,   slowly
worked his hand down, stopping just over her stomach . . . .He then proceeded to place his hand on her left inner arm,   working
down her side,   passing
gently over her buttock and down her leg to her calf . . . .Then, he proceeded up her thigh,   stopping
just at the uppermost portion of her leg . . . .He continued in the same manner on her right side ….then suddenly stopped, rolled over and became silent . . . .As she had become quite aroused by this caressing,   she
asked in a loving voice….“Honey, that was wonderful ….Why did you stop . . .?

To which he responded…. “I found the  remote… 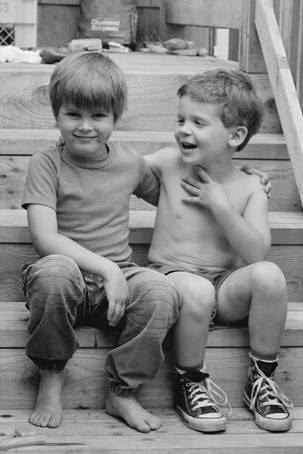 Declan was 4 years old and was staying with his grandfather
for a few days.

He’d been playing outside with the other kids, when
he came into the house

and asked, ‘Grandpa, what’s that called when two people
sleep in the same

bedroom and one is on top of the other?’

His Grandpa was a little taken aback, but he decided
to tell him the truth.

‘Oh,’ Little Declan said, ‘OK,’ and went back outside
to play with the other kids.

A few minutes later he came back in and said angrily,
‘Grandpa, it isn’t called

And Jimmy’s mom wants to talk to you.’

This is “laugh out loud “ funny.

In case you do not know him, Mark Lowery is a Baptist preacher from Houston with a bizarre sense of humor.
He tells about having a motorcycle wreck (while not wearing a helmet) and what happened to him afterwards.